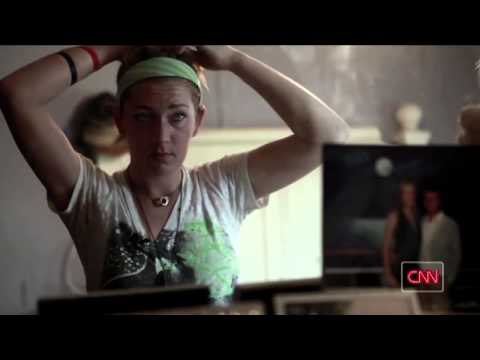 According to a new report from the Centers for Disease Control and Prevention, prescription drug overdose deaths in Florida are up a staggering 265% since 2003. But it’s not just the deaths that have Florida officials worried; it’s the births.
“We saw the number of crack babies that died, and this is just another version of that,” Broward County Sheriff Al Lamberti said. “We all need to be concerned.”
According to state health records, nearly 1,400 Florida babies were born suffering from drug withdrawal syndrome in 2010, a fourfold increase since 2003. The state does not track the specific drug the babies are hooked on, but south Florida doctors and neonatal nurses believe the increase is due to a sharp increase in pregnant women addicted to prescription drugs.
“They go through withdrawal symptoms,” said Mary Osuch, the head nurse at Broward General Medical Center’s neonatal intensive care unit. “They’re crampy, miserable. They sweat. They can have rapid breathing. Sometimes, they can even have seizures.”
According to the White House Office on Drug Control Policy, prescription drug abuse is the nation’s fastest-growing drug problem.
Marsha Currant, who runs the Susan B. Anthony Recovery Center near Fort Lauderdale, says prescription drug addiction overtook crack in 2009 as the main problem afflicting the pregnant women who are treated there.
“In the very beginning, it was really 100% crack cocaine,” said Currant, who started keeping track of drug trends in 1995. “We see a lot more prescription drugs now.”
Pill abuse hits Florida babies
Currant says new mothers who are hooked on prescription drugs are often reluctant to seek help for fear the authorities will take their babies from them.
“We wanted to have a place where women didn’t have to chose between getting treatment and having their children go into foster care,” she said.
Compounding the problem, women who are addicted to prescription drugs and find themselves pregnant cannot safely go off the drugs without medical supervision. They need to be weaned off slowly, or the baby will go into withdrawal in the womb.
At the Susan B. Anthony Center, one mother who became hooked on prescription drugs after her husband died says she felt her baby suffering while she was getting clean.
“I know that I’m going through stuff getting off the pills. So what’s she going through? She can’t talk. She’s just a baby,” Jessica said.
Thanks to the center, Jessica was weaned off oxycodone before her baby, Casey, was born. But she fears the long-term effects of her drug abuse on her daughter, who has been suffering from respiratory problems.
“I want to make sure that she doesn’t hurt anymore,” Jessica said. “She doesn’t deserve that, because she’s a princess.”
Jessica graduated from the center’s recovery program last week.