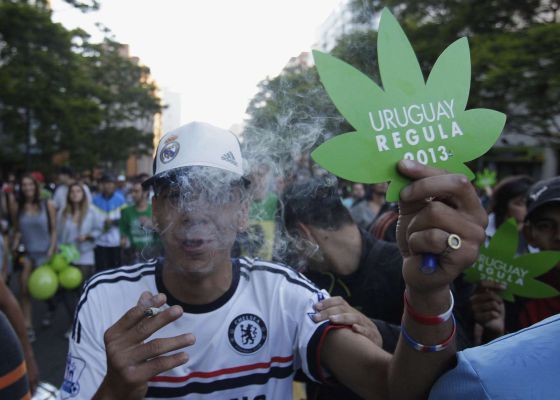 A man celebrates the passage of the marijuana legalization law last month. / A. STAPFF (REUTERS)

Pharmacies in Canada, Chile and Israel have been lining up to inquire about the possibilities of purchasing marijuana from the government of Uruguay, which just two weeks ago became the first country in the world to legalize the sale and harvest of cannabis for its citizens.

Uruguay’s experiment to begin regulating marijuana sales is in response to the failed policies and laws aimed at cracking down on the drug trade, President José Mujica has insisted.

According to the Montevideo daily El Observador, government officials and laboratories in Canada, as well as pharmaceutical companies in Chile and Israel, have contacted the Mujica administration to begin holding talks on the purchase of marijuana supplies to be used in those countries for medicinal purposes.