A judge in New York has granted a request from prosecutors to keep secret documents relating to Jeffrey Epstein’s controversial 2008 sexual abuse plea deal, on the grounds that the materials could hamper their investigation of others in the financier’s milieu. 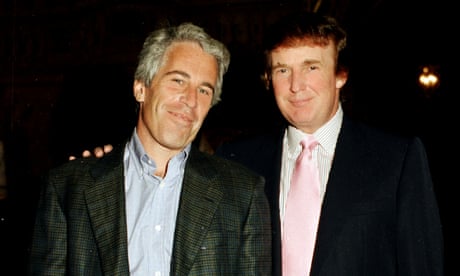 The documents, which will be shared with Epstein’s attorneys, are believed to concern not only the deal itself, which allowed Epstein to plead guilty to low-level state solicitation charges, but also a clause that granted immunity to any and all potential co-conspirators and named four women suspected of facilitating or participating in alleged crimes against minors.

The documents may also shed light on the 2008 deal, which was kept secret from accusers for nearly a year in what some claim was a violation of the Crime Victims’ Rights Act. Controversy over the deal forced the resignation earlier this month of the US labor secretary, Alex Acosta, who was US attorney in Miami at the time.

In a court filing, prosecutors with the southern district of New York argued that the materials could “affect the privacy and confidentiality of individuals … [and that] would impede, if prematurely disclosed, the government’s ongoing investigation of uncharged individuals”.

The order is only one of several signals that prosecutors plan to widen their investigation into what they allege was a years-long scheme to recruit and sexually abuse dozens of girls.

Epstein, denied bail and remaining in custody pending trial, has pleaded not guilty to federal sex-trafficking charges. He is on suicide watch in a Manhattan detention facility, after being found unconscious with marks on his neck.

On Friday, it was revealed that pilots of Epstein’s private jets, including a Boeing 727 that carried high-profile friends to and from his home in the Virgin Islands, have been served with subpoenas.

According to court filings, the pilots were responsible for keeping flight logs of passengers on the jets. Their testimony could be used by prosecutors to corroborate accusers’ accounts and provide details of Epstein associates.

Bill Clinton and Prince Andrew, who was named in a civil suit brought by Epstein accuser Victoria Giuffre in 2003, are regularly named among associates of Epstein.

Clinton has denied flying with the financier as many as 26 times, as has been reported, although he did say he took “a total of four trips” with him in 2002 and 2003.

In a statement, the former president said he “knows nothing about the terrible crimes Jeffrey Epstein pleaded guilty to in Florida some years ago, or those with which he has been recently charged in New York”.

Buckingham Palace has repeatedly denied the accusations against Prince Andrew.

In 2015, Giuffre brought a defamation suit against Ghislaine Maxwell, daughter of the late press baron Robert Maxwell, for publicly calling Giuffre a liar after she claimed Maxwell participated with Epstein in sexually abusing her for two years starting in 2000, when she was 16 years old.

This month, Maxwell, who has long denied allegations that she played a central role in the procuring of young women, told a three-judge panel in New York a media “feeding frenzy” justified keeping documents from the defamation suit secret.

But Josh Schiller, one of Giuffre’s lawyers, argued: “There is an overwhelming public interest both in getting access to these documents as well as the indictment of Mr Epstein and his prosecution.”

The judicial panel agreed. As soon as next week, 2,000 pages of documents relating to that case, which was settled in 2017, will be made public.

In its ruling, the panel said the documents included descriptions of alleged abuse by Epstein and other individuals “including numerous prominent American politicians, powerful business executives, foreign presidents, a well-known prime minister, and other world leaders”.

In April, Giuffre filed a defamation suit against the Harvard law professor Alan Dershowitz, Epstein’s longtime lawyer and friend, after he denied her claim that he abused her.

The shockwaves from Epstein’s arrest on 6 July could travel further still. Central to the mystery of his operations is how he acquired his wealth, which was listed at his bail hearing as more than $550m.

Last week, Deutsche Bank confirmed that Epstein moved millions of dollars through dozens of private accounts. Executives said they had believed they had severed the relationship with Epstein but had discovered accounts still controlled by him as recently as June. 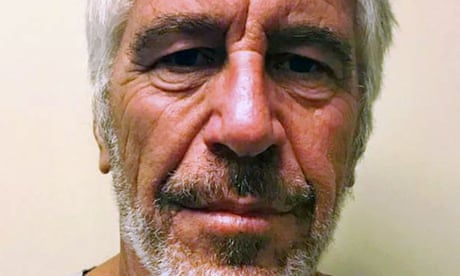 “Deutsche Bank is closely examining any business relationship with Jeffrey Epstein, and we are absolutely committed to cooperating with all relevant authorities,” a spokesman said.

Authorities in Florida, meanwhile, have launched an investigation into whether Epstein was properly monitored during the 13-month sentence for soliciting prostitution from underage girls that was the product of the controversial 2008 deal.