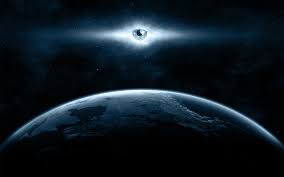 A reader shared this video just uploaded a few days ago. Thank you, Anna.

It’s a beautiful, high quality production but it’s in Romanian and the visuals contain almost no text, so they provided the translation in transcript form. I’ve pasted that below.

They say this information is not channeled, but comes directly from Sirian consciousness I think you’ll find interesting as many people don’t understand that there is consciousness to be found in more than just “beings”, but what we consider to be “objects”, and it is accessible to those who know how to tap into it.  There is much that has been hidden from us so I encourage everyone to be open-minded.

This information confirms my gut feeling that ISON is a key player in what is to come, and is not “just a comet”. It also supports my deep knowing that the star nations are here, and have been for some time, to ensure our promised liberation from the dark, and that there is NOTHING that can stop what is about to transpire for Humanity and Gaia.  Cobra reiterated this in his last interview (December review) with Alexandra Meadors at The Galactic Connection.

What we accept as Truth is always up to each one of us. I believe that Tolec and Cobra are doing their very best to be credible intermediaries and to keep us apprised of what is happening and what is to come. They ARE human, after all. Without them, where would we be?

Have you noticed how very serious Tolec and Cobra are? Have you ever heard them laugh? When I had coffee with a local member of Cobra’s Prepare for Change group, we both noted how very focused Cobra is, and how he strives to bring us the truth.

He doesn’t play mind games with Humanity as he knows how we cling to dates and get our hopes up. Alexandra is a lively interviewer and often lighthearted, but she has not yet got a laugh from Cobra that I’m aware of.

I would love to hear Cobra laugh. Both he and Tolec seem to bear the weight of this operation to such a degree that they radiate the  gravity of it at all times. They are committed to being our messengers and are prime examples of non-judgmental emissaries. They NEVER put anyone down–including each other; they simply agree to disagree and there is no name-calling. They simply speak their Truth.

I thought an alternative perspective on current goings-on would be helpful as we attempt to discern the truth from information sometimes in direct conflict from people we trust to help us make sense of our life in confusing times and don’t want to suggest I hold either Tolec or Cobra in less than a favourable light.  I appreciate them both for the delicate job they do, their dedication and the examples they set for the rest of us.

I would be remiss if I failed to point out that they discuss in some detail what will develop in our civilization following The Event. Life will not suddenly be wine and roses. We have significant struggles and growth ahead of us; continue to fight the dark and bring reform of our systems, and can expect years of taking our planet and our souls back from the dark. Something to think about. ~ BP