Pope briefed on Vatican bank as he mulls its future 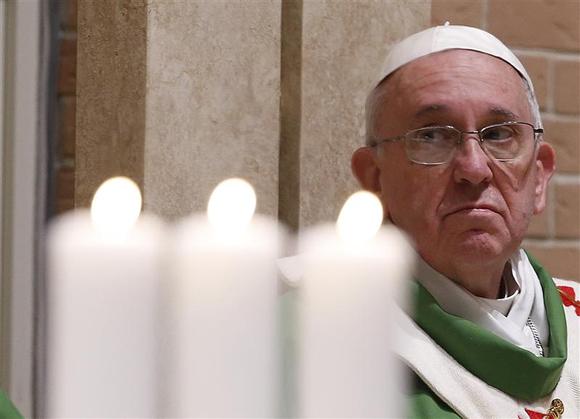 Pope Francis celebrates a mass during his pastoral visit to the Saint Tommaso parish on the outskirts of Rome February 16, 2014.

A tale of two Ukrainian cities

Donetsk and Lviv are two cities – one industrial, the other architectural – that embody the East-West tensions tugging at Ukraine.  Slideshow

(Reuters) – A commission looking into the Vatican bank briefed Pope Francis and top cardinals on its findings on Tuesday ahead of a papal decision about what to do with the institution that has embarrassed the Holy See for decades.

The Vatican commission, which the pope set up in June, gave Francis and his eight-member advisory board of cardinals from around the world a three-hour briefing.

Afterward, Vatican spokesman Father Federico Lombardi said no decisions on the bank’s future had been taken.