From one of my dearest friends who I love with all my heart, a fellow Sirian Light Warrioress.  You go girl!-A.M. 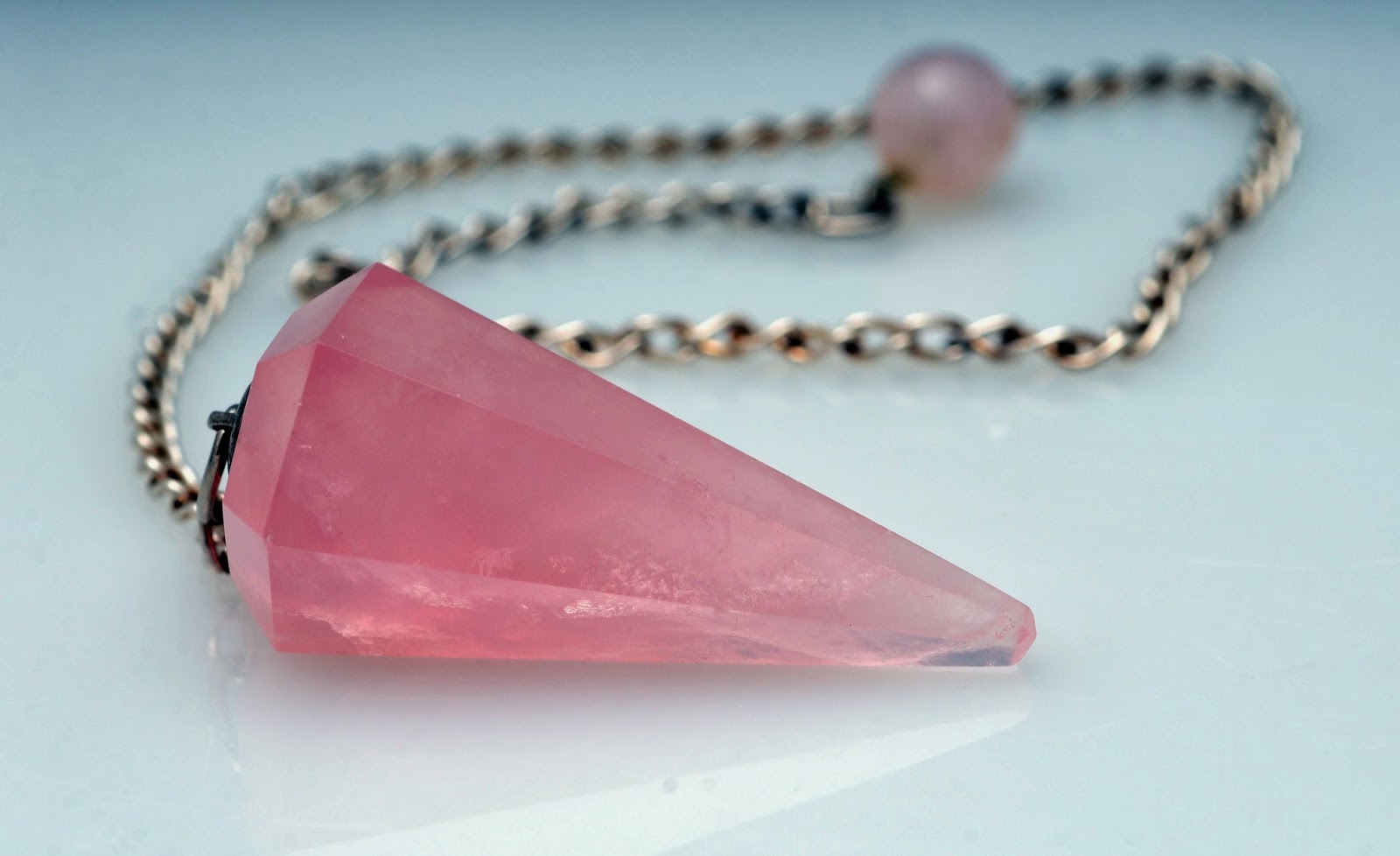 The Response To The Heavenletter
Here it is: http://sirianheaven.wordpress.com/2014/03/19/heavenletter-4862-from-a-deep-well-march-18-2014/
Be deep, think big thoughts, thoughts flow through you, you filter them…to paraphrase.

I responded, heart to heart, to Father-God whom I love deeply, with, ‘Father? Do you not have emotion like us? For in the absence of your eternal Love, we experience a great many other things down here in the emotion department. From what I understand from my work with Gunter, emotions are important guides to our individual connection to Source (you) and our spiritual growth.’

The High Council I’ve Never Experience
Instantly I was transported before a panel of about five creatures seated at a long table, with other tables to either side like a letter ‘U’, but I couldn’t really ‘see’ them clearly. I had on my gown.  I sensed Ross behind and to my right.

I introduced myself and offered myself to be of service to the council.

They weren’t pretty to look at. They were small, and looked like a cross between this: 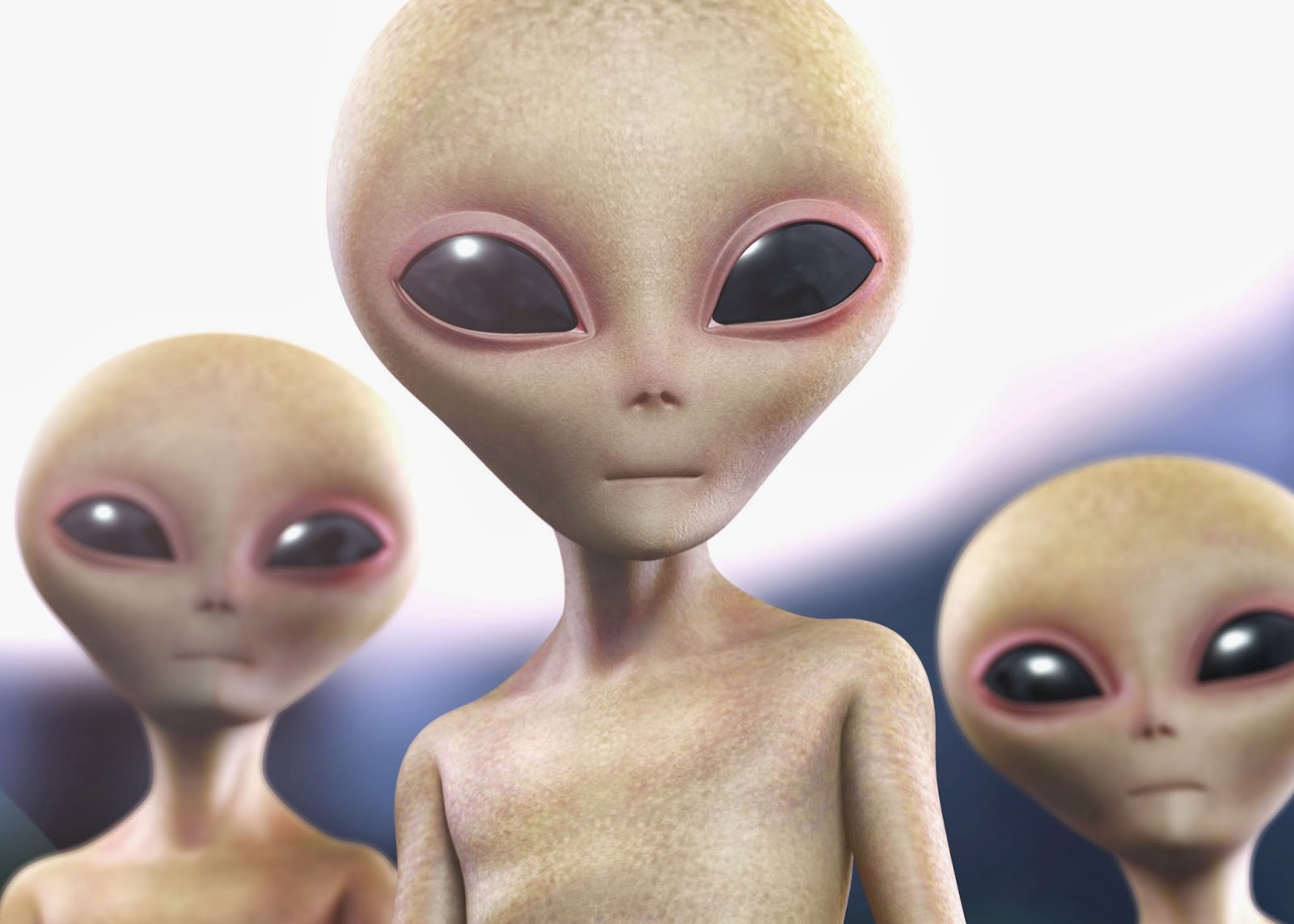 This skin is too light, and they are cuter. Eyes are too big. But they looked like this at the table, a little farther apart, in chairs. 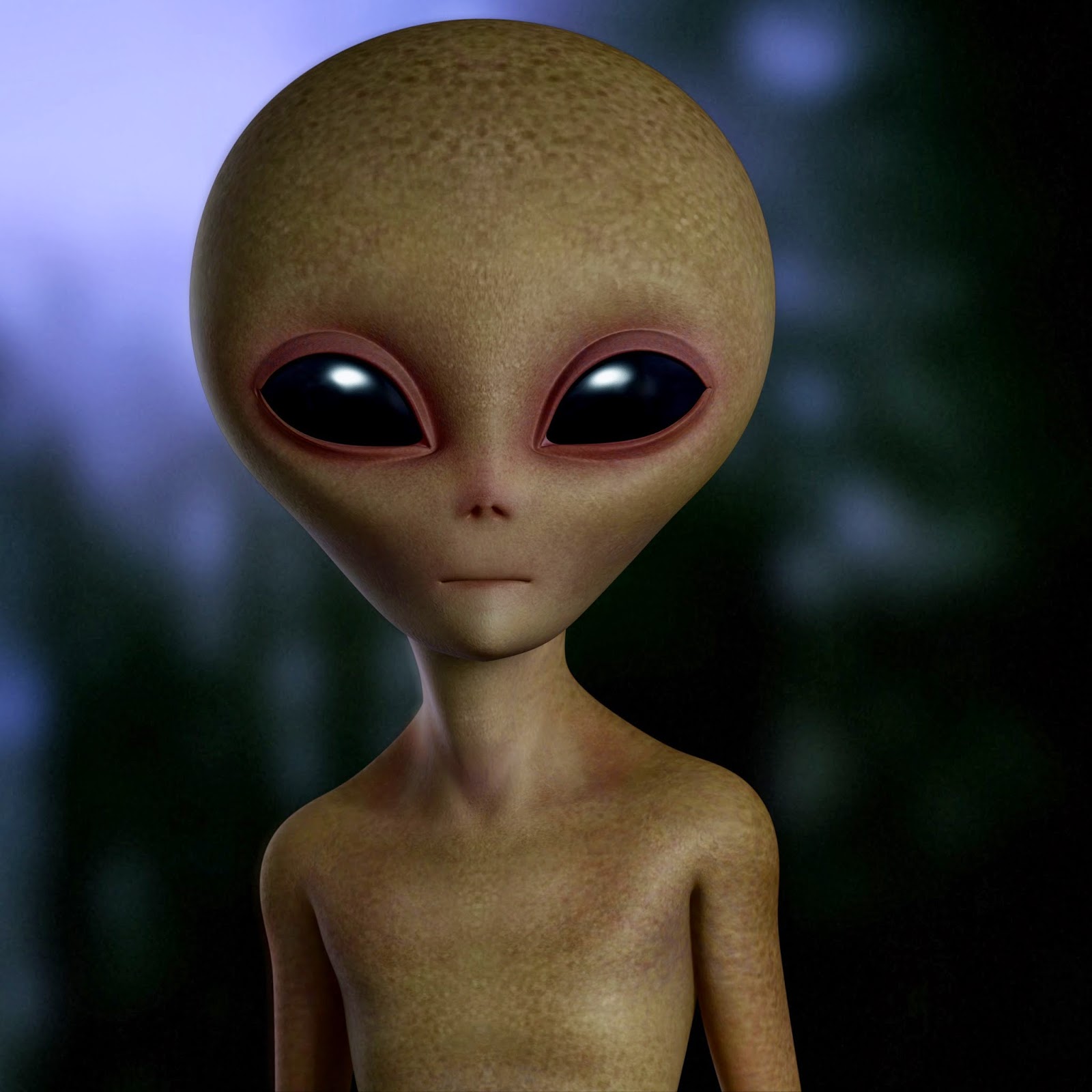 This skin color is right on. But this one still nicer to look at than them. 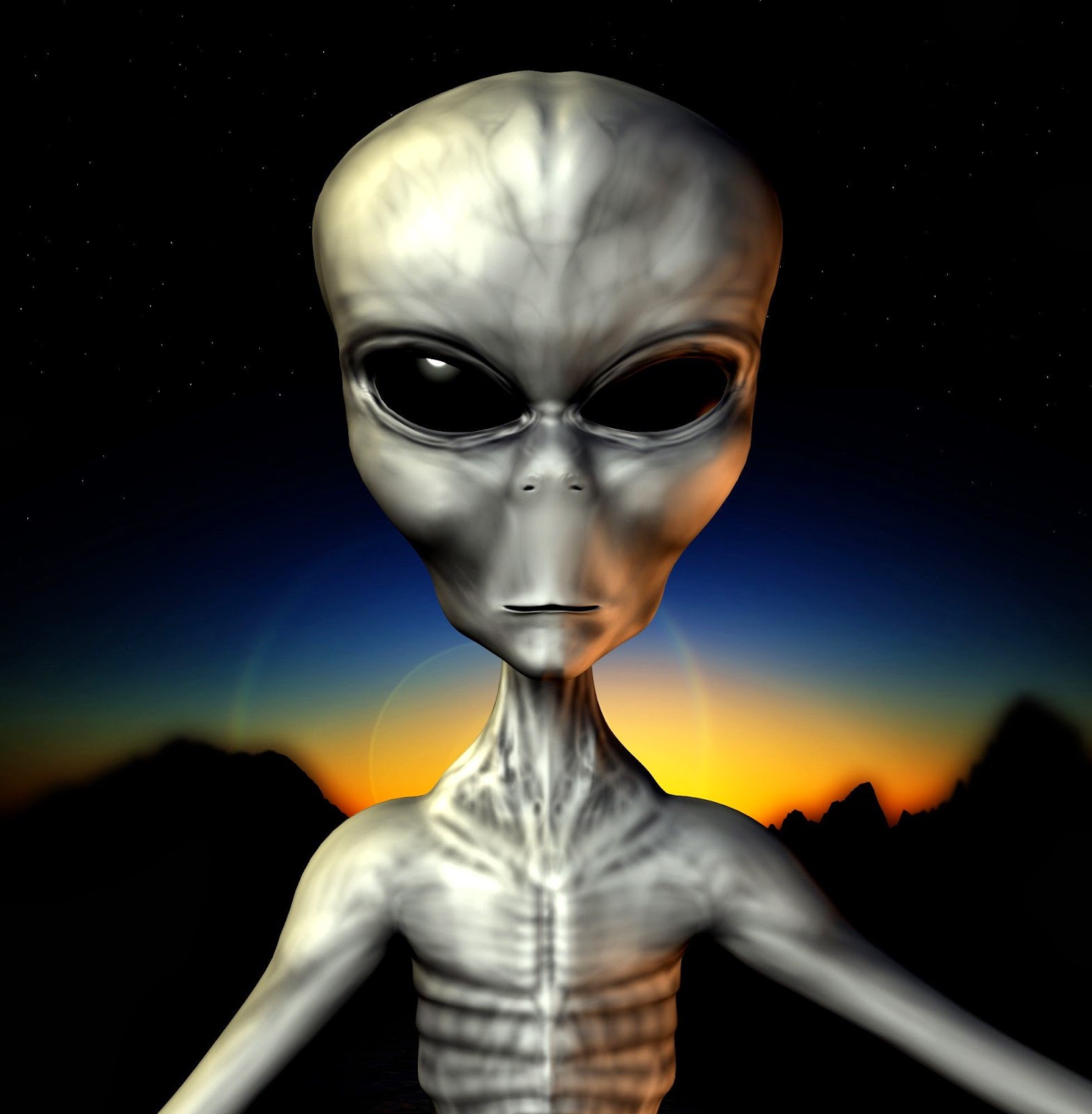 This one captures the mood of annoyance, and the facial features are closer, but the colors are wrong.
I wondered to myself where they were from? Ross leaned in and whispered and told me they were from Sirius, but not like me, the part that I am from.
They started asking me questions, all of them, fast and loud, all at once.
I asked them politely to slow it down, and to ask one at a time, so I could give each one my full attention.
First Question:
When do you want the transition to take place?
A: I want it yesterday. This is taking too long. I want it NOW.
Second Question:
What do you think about the revaluation?
I don’t. Money is going away. So I don’t care about the time until we get to that. WhatEVER, if you ask me. All galactic civilizations do not use money any more. We should be like them.
They didn’t like that. They spoke furiously amongst themselves. How can you make this happen?! Don’t you KNOW the complexity of what is involved? Don’t you know the repercussions?!?
My Reply:
If things aren’t working out with your soon to be ex-husband, why move into an apartment for two months and go house-hunting when you can move right into a house straight away?
If you ask me, this revaluation is nothing but trouble. Just take it away. Take all of it away, and then there will be no chance for Those Who Do Not Have Our Best Interest At Heart to get their fingers into any of it. 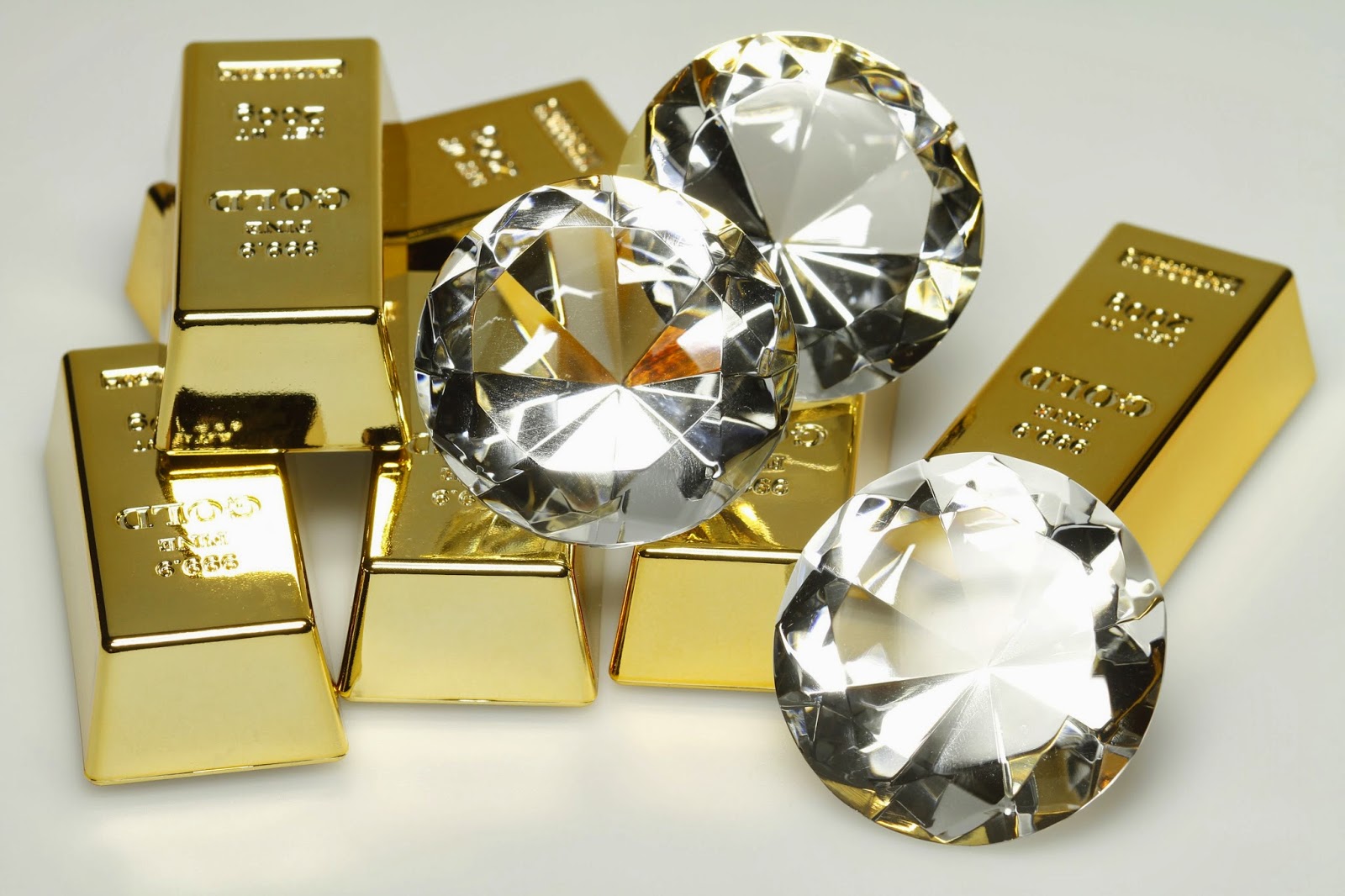 Third Question:
What will happen?! What about the global distribution system? Of EVERYTHING?
Take it all away. Let it crash. They will figure it out. Better that than what you propose, a precious-metal backed system.
(I don’t know how to share this, but in 2012 I saw some Apocalypse bubble gum cards that were way illuminati, online, and one showed aliens offering money bags–I haven’t trusted the money stuff one bit ever since. If Those Who Do Not Have Our Best Interest At Heart know enough about it to make fun of it on a bubble gum card, then that organization must have some pretty major plans set up for it as well.)

They grew increasingly upset and disturbed by my demeanor. I am battle worn, and don’t mince words. I explained how I am not even from Brooklyn, where people are tougher than me. I am from Los Angeles where people are relatively not street-wise like in New York…

I explained how it is a pressure cooker down here, and how uncomfortable it is for all of us.

They looked at me like I was speaking some foreign language they didn’t understand.

I asked them, politely, when was the last time anyone had incarnated? Like on Earth like me? (they hadn’t, not ever). I said with almost a bit of sarcasm with my disbelief–‘and you are making the decisions for our Liberation without even a TOKEN person incarnate on your board? What would the galactic equivalent of our affirmative action on earth say?’

Ross cleared his throat, and paraphrased, ‘Things have changed a great deal, and we need someone who is more recently incarnated than one thousand or two thousand years ago. Someone who remembers. Things are much different right now where she is now.’

I offered to show them an example of what life on earth is like.

I made them stand up. I said, ‘Drop your pants’. And they did. I gave each one a swat on the buttocks, just like I would for my boy when he was about five and very naughty. One swat, firm, but controlled.

They looked at me with shock.

I said, ‘This happens when you are born into this world. We are beaten into submission. When we disobey, we get the swat. You wonder why we do anything to avoid pain. Where is the ability to have free will when we undergo conditioning like this? Never knowing where the next spanking/startling thing that gets us off track/painful disruption is going to come from? This wasn’t even hard–sometimes the beatings get much stronger when you are incarnate on earth. Then I backpedaled and looked at Ross, who blushed, because he knew what I was going to say, and explained that between two consenting adults a little rough is sometimes a good thing…’
and then I changed the subject when I saw they didn’t smile at my little joke–
‘It would have been kinder if you had blown us all up a long time ago.’

They looked at me quizzically.

I said low and slow and with great restraint that I thought they should just let everything blow up. And all of us. We go back to the Galactic Central Sun after reaching the highest dimensions, anyway. This would just be a ‘promotion’ for us all. I growled that the reason they don’t want us to all die is that is would jam up the system of souls and create a lot of work for the powers that be. But even if they DID annihilate us, it would be on THEIR karma, and they would never, ever be able to work it off. They would have to go back and spend it in places just like where I am from, and experience everything incarnation after incarnation to make it to the place where they are now at the council.

Ross stepped forth. He explained to them in more diplomatic terms what I was trying to say. He said that the ideal time for our Liberation would have been in the past, but now with the opposition to the Resistance and their negative Spiritual Technologies which have advanced in the meantime, the surface conditions are deplorable at best for the Ground Crew like me, and to please excuse me for my insolence.

The beings looked shaken, and said, ‘we will have to go back to the drawing board and discuss this some more.’ I could tell they respected Ross greatly.

I praised Ashtar and Ross for their fine dedication and leadership to the Resistance, and how very appreciative all of us on earth are for their efforts for us on ground crew. The beings nodded in agreement.

Ashtar had been to my left, and stepped forward, and addressed the council. He said this is an emergency, a crisis, and that proper protocol might not be appropriate given the situation and the rate at which things are starting to happen–there may not be enough time. Urgency is of highest importance.

Then the beings nodded, stood up, and disappeared without walking through any open doors.

Ross and Ashtar were pleased. Apparently this group was the block to a lot of what is being accomplished on our behalf. And I had told the group plainly how I thought, and even more bluntly, how I felt about it. With the point of view no one had ever experience, until now.

We were still in the room.

I kicked Ross in the shin. HARD. He winced.

And I told Ashtar, back on earth, sometimes you have to do that. Under the table while negotiating. Everything on the surface is all smiles, and calm. (I apologized to Ross, and kneeled down and started rubbing his left shin.) I explained how mothers have to use the kick, the pinch, and the pulling of the ear to get their unruly kids to behave–not always, but in certain situations where ‘everything has to be nice’.

Then they went away.

On The Ride Home
A song came on. I recognized the first notes as the introduction to Yellow by Coldplay.
Then all of a sudden, Ashtar and Ross started singing me a duet! They were goofy, smiling and laughing. They changed the words to make it for me, and galactic and relevant to us. Oh yes, I recall, the part where it says ‘I’ll bleed myself dry’ Ross piped up and said, ‘I did just that! I exanguinated!’ and I laughed at the medical terminology that was entirely correct (that is technically, how he passed, when he was my husband)…

Then I saw one license plate: REZQU  (Rescue You)
and another: 4US2CU   (For Us To See You)

Yellow by Coldplay
http://youtu.be/tdVAqxNLXiw
Aloha and Mahalos,
Namaste,
Peace,
Reiki Doc
P.S. I didn’t pick up a good vibe from these creatures. I ‘sensed’ perhaps they were Reptilians who had  ‘turned good’ but perhaps ‘not all the way’, and I acutely picked up they had an interest in money/wealth/power even though they were on some council somewhere. The Sirian High Council I had seen before had blue people that were much handsomer, with features somewhat like them, but way more human to me.