This is a draft version of my forward to the book, Implementing a Basic Income in Australia: Pathways Forward edited by Elise Klein, Jennifer Mays, and Tim Dunlop New York: Palgrave-Macmillan 2019

Back in 1999, when I first started following international developments on Basic Income (BI), not much was going on in Australia. Allan McDonald had been writing about BI in the newsletter for a group called Organisation Advocating Support Income Studies in Australia (OASIS-Australia), but when he stepped down in 2002, no one was available to take over.

But over the last several years, interest in BI in Australia has picked up greatly. Australians inside and outside of academia are producing a lot of research and literature on it, and that work is beginning to have a major impact on politics. Australia’s two major parties might not yet be ready to endorse BI, but they can no longer ignore it. And in fact, the Australian Greens, a party that often holds the balance-of-power in Australia’s federal Upper House, have officially adopted BI as party policy.

Australia has become not simply one of the countries where BI is regularly discussed, but very possibly a major world centre for UBI activity. One sign is that the Basic Income Earth Network (BIEN), the only worldwide BI network, has selected Australia for the location of its 2020 conference.

Another sign became obvious to me in 2017 when Elise Klein invited me to come to Australia to speak at a BI conference. Members of Basic Income Guarantee Australia (BIGA) took the opportunity to set me up for as many talks or meetings as I could do in the time I had. That turned out to be a whirlwind of seven appearances in four days in three cities—Canberra, Sydney, and Melbourne. I spoke with members of parliament, with members of the media, with academics, and with university students. I slept on a train and on a plane, and I managed to stay awake for all or most of the two-day, BI research conference in Melbourne, where I learned a lot and had the chance to meet many of the authors of this book. I was impressed by the breadth and depth of BI work going on in Australia.

A third sign that Australia has become a major world centre for BI research can be found in the publication of the book, Implementing a Basic Income in Australia: Pathways Forward edited by Elise Klein, Jennifer Mays, and Tim Dunlop (Palgrave Macmillan 2019). It includes a dozen authors from fields as diverse as Anthropology, Development, Economics, Geography, Journalism, Political Economy, Political Science, Public Health, Social Work, and Sociology. It addresses major empirical and philosophical issues of implementing BI in Australia. Although all or most of the chapters are written in a way that will be interesting to an international audience, parts of the book’s focus is on issues that will be especially interesting in the Australian context, such as the specific problems and opportunities for BI in very remote areas as well as its value as a tool to counter the effects of Australian settler colonialism. 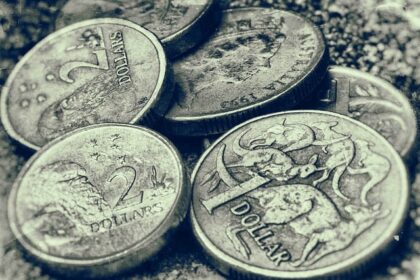 The book pays special attention to the political barriers in the way of implementation of BI in Australia and to the opportunities and prospects for political strategies to move BI forward. These include proposals to start with group-focused transfers, such as BI for young people; proposals for how community groups, professionals, and activists can effectively advocate for BI; and proposals for fitting BI into the existing welfare system.

Although these lessons come from the Australian context, the value of this book for the BI movement all over the world needs to be appreciated. It’s a book about implementation—an issue that needs much more analysis by the global BI researchers and activists. Social, economic, and political strategies for BI need to be explored in different ways in every conceivable context. Comparative analysis of different strategies in different contexts is how we’ll truly learn what works and what doesn’t, and this book provides a valuable contribution to that effort.

The book is an excellent read and a valuable resource for researchers, students and anyone interested in BI.