Trump Turns On Bolton, Accuses Him Of ‘Trying To Start A War’ In Venezuela: WaPo

Trump Turns On Bolton, Accuses Him Of ‘Trying To Start A War’ In Venezuela: WaPo

Shortly before President Trump tweeted about a meeting with Marco Rubio and Rick Scott where the “terrible abuses by Maduro” were discussed, the Washington Post published an anonymously sourced story claiming that Trump is growing frustrated with the situation in Venezuela, and is blaming aides like Bolton for misleading him about opposition leader Juan Guaido’s chances of success. 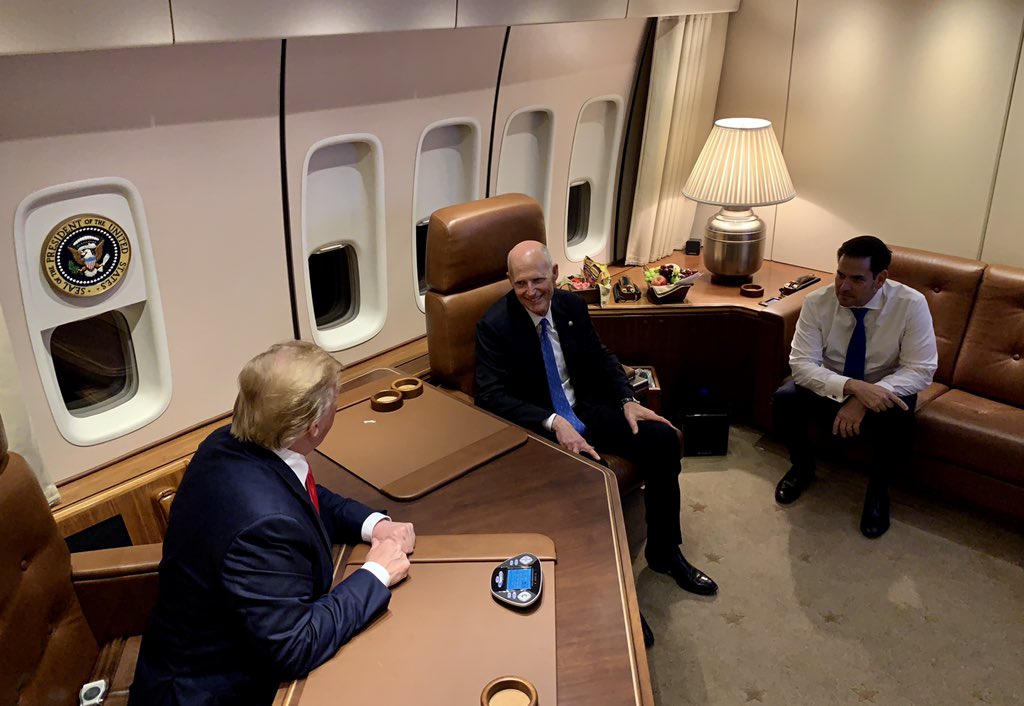 Donald J. Trump
✔@realDonaldTrump
After a great rally in Panama City Beach, Florida – I am returning to Washington, D.C. with @SenRickScott and Senator @MarcoRubio, discussing the terrible abuses by Maduro. America stands with the GREAT PEOPLE of Venezuela for however long it takes!
66.7K
11:18 PM – May 8, 2019

According to WaPo, Trump has privately described Maduro as a “tough cookie”, and blamed aides for misleading him when they said the socialist strongman could be ousted during last week’s demonstrations. In recent days, Trump has expressed concern that Bolton is trying to get him “into a war.” We imagine a leaked plan for a US-backed coup prepared by SOUTHCOM hasn’t helped to assuage these concerns.

And remember, Bolton has also been a key figure in escalating tensions with Iran to what is starting to look like the brink of an armed conflict.

Though two WaPo sources insisted that Bolton’s job is ‘safe’ – for now at least – the fact that Trump has finally caught on to the drawbacks of Bolton’s neoconnishness, and now appears to understand that Bolton’s views are at odds with Trump’s “America First” platform, certainly doesn’t bode well for his prospects.

Earlier this week, Vice President Mike Pence revealed that the White House would lift sanctions on a general who had turned on Maduro, and offered the same level of amnesty to any military officials who would join him.

Still, the administration’s policy is officially unchanged. But the report at least shows that Trump is uneasy about what appears to be a slow march toward another American military intervention – and might be taking steps to stop it from happening.